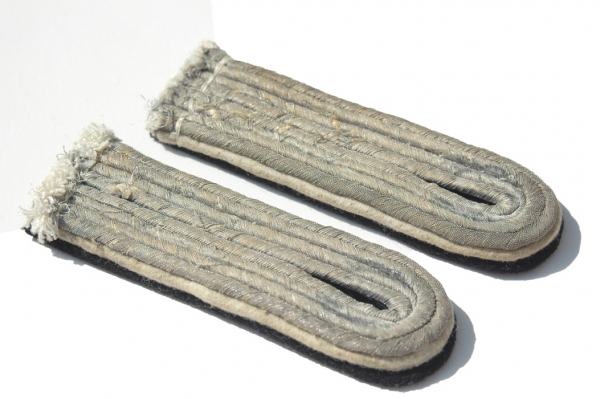 German WWII Original pair of matching SS Officers shoulderboards.  These are sew in style, and are white piped for SS-Infantry.  The are final based in black.

Top cords are the subduded silver and what makes these special is that they were most likely 1st SS Panzer Division LAH boards.  They clearly show where the cyphers were removed and after lightly placing an original LAH cypher over the top of the holes the markings line up perfectly.  Of course the cyphers were removed long ago, but could be replaced to make these what they were, SS LAH boards!